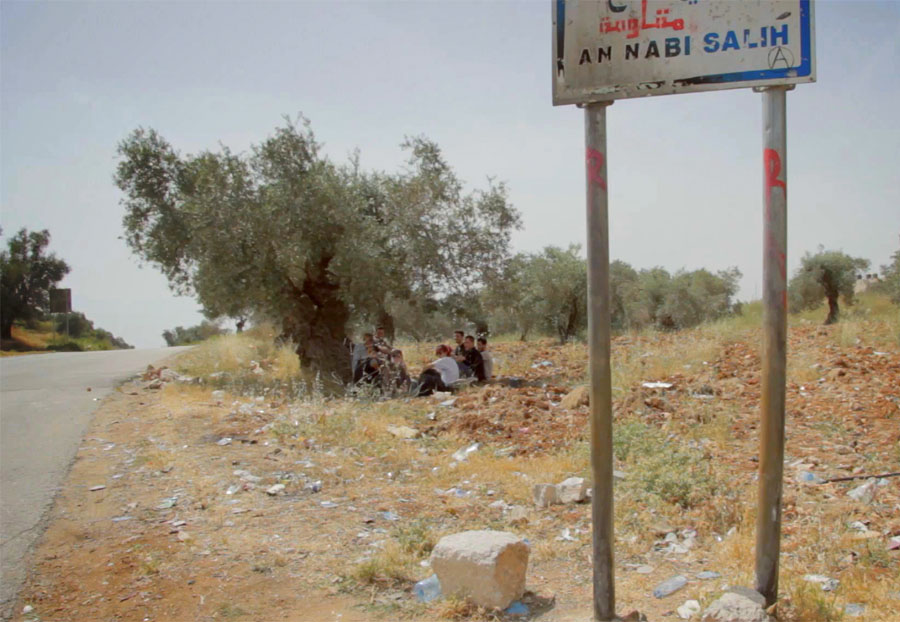 Ben, an Israeli Jew, has been actively supporting the Palestinian popular struggle against the occupation for ten years. He has experienced injuries, arrests, abuse and the death of close friends. For years he has been taking part in demonstrations, actions and protests, fighting alongside Palestinians against their oppression by the state in which he is a citizen. But the current wave of unarmed popular struggle, which began with the building of the separation wall, has since shrunk substantially. The wall is mostly built, the settlements are a fact, the occupation is stronger than ever. At a time when the vast majority of Israelis support their government ́s racist policies, Ben keeps on going. In the last five years he has found himself a political home away from home – the small village of Nabi Saleh in the West Bank, where a local group of activists continues to resist the stealing of their land and water by the settlement across the valley. With this small community Ben continues to participate in the demonstrations Friday after Friday; continues to believe that co-resistance leads to coexistence and that life together would be possible if one would only, as the activists of the village say, remove the occupation from their head.

“Even Though My Land is Burning” is the result of a three­-year process during which I attempted to analyze the role of Israeli activists in the Palestinian popular struggle today, especially through the perspective of a struggle towards a “one-­state solution.” It is the result of numerous trips to Palestine, filming by myself with whatever equipment I could afford or borrow. Of course as an Israeli Jew myself, albeit one who left the country a decade ago, it was also a very personal journey and one which has further sharpened my private political understanding of the place I grew up in.

Even though I hope that I have succeeded in making a film which is able to excite, touch and at times maybe even evoke a smile, it is first and foremost a film which is meant to show that there is an option – an option of solidarity, an option of an alternative and better future for all the people of the land. The way of struggle which was chosen by the people of Nabi Saleh is one of many forms of Palestinian resistance, all of which are legitimate and all of which deserve our solidarity, and this film does not mean to make any other type of struggle seem less just. It is, however, one of the only struggles in the Palestinian resistance today in which Israelis can and do take part, which is what brought me to the village in the first place. Sadly, even in struggles like these not many Israelis take part in the way Ben does, but through this film I hope to remind viewers that this option still exists. There are many ways for people to resist the occupation, many ways – both inside and outside the country ­- to stand in solidarity with those who do. Prospects for a common and better future in Palestine do exist.

Dror Dayan was born in West Jerusalem in 1981. He studied cinematography for a diploma and Master’s class at the Film University “Konrad Wolf” in Germany, where he is currently writing his PhD thesis on the political aspects of documentary film. Aside from his filmmaking he is active in Palestine solidarity work and in the BDS movement in Germany. “Even Though My Land is Burning” is his Master’s class graduation film and directorial debut. 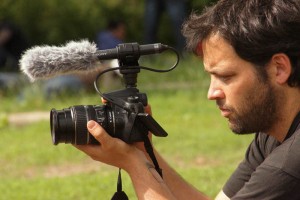